How enamel erosion can be impacted by toothpaste

A nice study, published by Colombo et al. [1], shows how enamel erosion — due to the consumption of soft drinks — can be impacted by toothpaste. Observing the enamel surface, Colombo et al. compared three different types of enamel, using a SEM and morphological analysis:

While specimens that were treated with fluoride toothpaste showed honey-comb structures that are typical for demineralized enamel, they showed a healthier surface than purely soft drink treated samples.

The samples after treatment being the closest to the original/healthy state of enamel were samples treated with Zinc-Hydroxyapatite toothpaste. Colombo et al. concluded that the SEM study allowed them to understand the processes of demineralization of the enamel surface qualitatively.

Figure 1: This is what a tooth filling interface looks like with an electron microscope

The impact of laser usage in root channel treatment

The impact of laser usage in root channel treatment was the focus of another study (Shahriari et al.) [2]. In this experiment, the SEM was used to identify organic/inorganic debris and smear layers on the root canal walls after endodontic preparation, allowing to obtain images of dentinal tubules. Shahriari et al. concluded from their analysis that different concentrations of sodium hypochloride activated with a laser were effective at removing the smear layer, although the standard protocol still proved to be more effective than the tested one.

The presence of bacterial adhesion on sample surfaces after polymer deposition

Scanning electron microscopy is not just used for imaging teeth surfaces or tooth filling interactions but also has applications in tooth wear. An insight into polymer films used for conventional and self-ligating metallic brackets is provided by Tupinambá et al [3]. They performed SEM analysis to assess the presence of bacterial adhesion on sample surfaces after polymer deposition.

Backscattered electrons (BSE) were used to look at slot and wing areas. They concluded that the Hexamethyldisiloxane (HMDSO) polymer deposition on conventional brackets reduced the surface roughness and the biofilm formation, while further studies regarding polymers were needed to evaluate the influence of self-ligating brackets.

As you can see, a scanning electron microscope is an extremely powerful tool for producing high-quality images of surface structures, providing detailed surface information within a wide variety of research subjects. Speaking of high-quality images produced by a SEM — I'd like to mention our short but fun SEM images quiz, which challenges you to guess the size of 12 objects magnified by a SEM beyond your imagination.

Are you Magnification Moderate, Master or Magnificent? Time to take the quiz and go for giant glory! 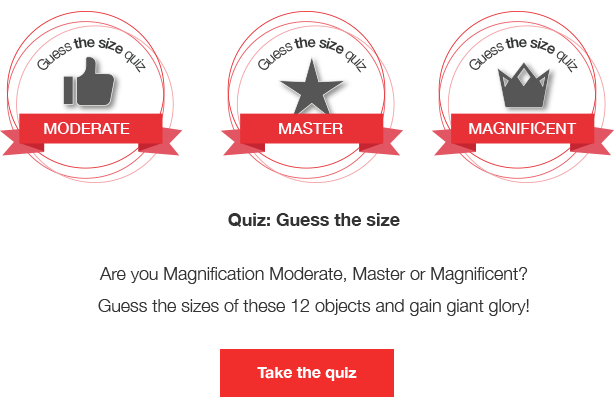